I seem to find so many positives about adapting to the keto lifestyle online without finding too much about the pitfalls of the “heavenly” cheat meals, cheat days and weekends. I spent last weekend camping in beautiful Sutton, Quebec. The plan was to stay keto for the majority of the trip except for some chips since they’ve always been my go-to snack while camping. Doritos and All-Dressed for those interested.

Camping is one of my favourite activities and even more so when you add in a couple of days of hiking in the mountains. I love the outdoors and the serenity of being away from the city lights. Making the effort to essentially disconnect from our always-connected lives is a welcome bonus. It was my first time camping in May so I have to add frigid temperatures to my list of favourite things about Spring camping! 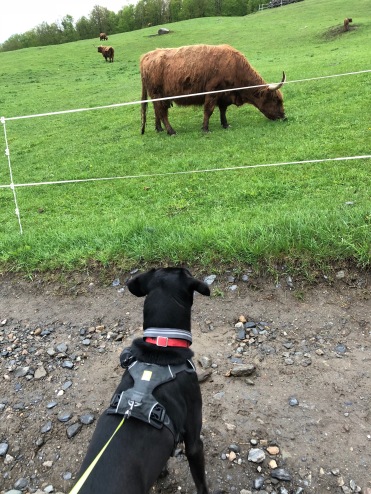 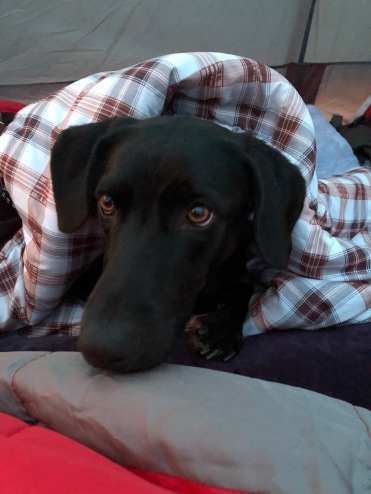 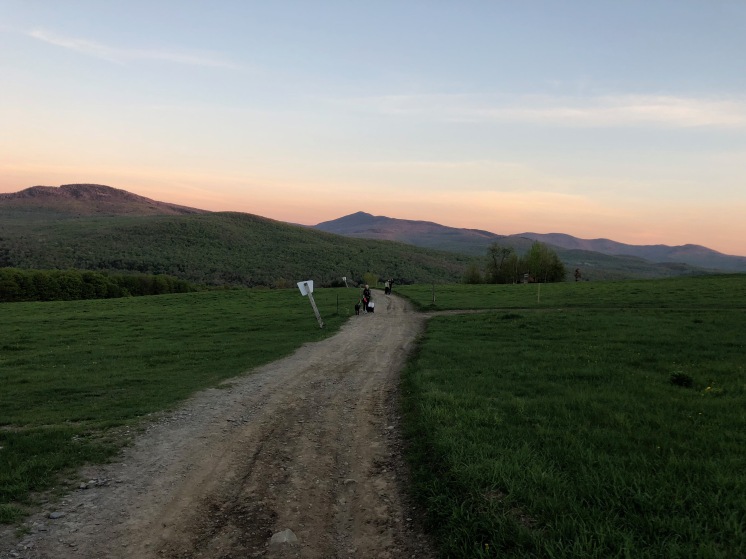 It was an awesome weekend where I hiked with Diana and Reo, read a couple of books and just relaxed. The only hiccup came with the chips. A little background; chips have always been my Achilles heal. I’ve always loved chips and even more than any dessert you can put in front of me. Chips are what derailed my lifestyle for a period in 2017 before I got it back on track and threatened to derail me earlier this year. I gave myself permission to buy two bags of chips that I would eat at my leisure until they were gone. Chips were the only carby item that we brought with us for the weekend.

I proceeded to eat most of both bags on the first night and didn’t feel well. Although I’d eaten more than I am used to eating in one sitting, I just didn’t feel full. I was far from satiated. To the contrary, I felt sick to my stomach. The one good feeling I had was clearly the satisfaction my body was feeling from the rush of sugar from the chips I’d just eaten. This is where the problems started.

Saturday, I went out and picked up more chips to feed what felt like an unending hunger that I had not felt in a very long time. It felt just so foreign to me! We hiked on Saturday and I used the exercise as an excuse for more chips since I’d likely emptied some of my liver’s glycogen stores and would definitely need more glucose to fill them up. It’s incredible the lengths we’ll go to in order to justify cheating to ourselves!

Sunday held a much longer hike that drained me and, of course, gave me another reason to finish off the chips. This time, I held off from dropping by a nearby store to buy more. Overall, it was a fantastic weekend and a great way to start the camping season! I’m really looking forward to the other trips I have planned this year.

The weekend was fantastic but it was when I got back to the house that everything turned. I decided to have one last carb-filled meal in the form of roast chicken, ribs and fries from a local chain. I didn’t know it at the time but it was the straw that clearly crippled this camel.

It’s pretty easy to detail the physical effects of a weekend of cheating. They include heart burn, bloating, inflammation, dehydration, gastro-intestinal issues, and fatigue. The part that I was not prepared to encounter and endure was entirely mental. I lost all mental clarity and experienced a kind of fog and I was harder on myself than ever. Let me explain:

It wasn’t a good idea to go out and buy the chips in the first place but let’s face it, we have all gone down the road of negotiating with ourselves and lost. I already felt some shame for giving into that purchase and doubled down when I went back to the store for more. The negativity crept into absolutely everything. As soon as I woke up Tuesday, I found myself being critical about not getting up as early, seeing a higher number on the scale and being sluggish to the point of avoiding certain tasks that have become staples in my morning routine to ensure I start each day off right.

Tuesday and Wednesday were very difficult at work. I found myself struggling to focus on simple tasks that I would normally have no issue doing while in a state of ketosis. Tasks could seemingly take twice as long to get through and my effectiveness went way down. I even found myself resorting to coffee as a pick me up. I have not needed to rely on coffee for energy in months.

Most people who know me well might use the word “enthusiastic” or some synonym to describe me. I’ve described being in ketosis as a state of controlled mental euphoria. I think it’s safe to say that my mental state after my chip-filled weekend was the exact opposite. I found myself struggling to get enthused about exercising which has not been an issue recently as some of you may have seen on social media.

It’s Thursday now and you might be wondering how things are going at this point. Great question! It’s not like I was leading you there anyway.

The physical issues faded as the days wore on and I’m happy to report that I’m back to normal! I even tested my blood for ketones yesterday and found that I was at 0.3mmol which is close to ketosis so that’s a very positive sign. My blood glucose was down to 3.9mmol and that’s a very encouraging sign! The first thing that I set out to do was to get back to fasting each day and reducing my feeding period to give my body the chance to recover from the beating it just took. My normal fasting protocol each day is 18-20 hours of fasting and 4-6 hours of feeding. My feeding window usually just consists of dinner and some snacks. I’m definitely not eating for 6 hours straight! Fasting on Tuesday was difficult because I was very hungry due to the carbs I was used to ingesting. I added some butter to my coffee and pushed through the hunger.

I felt less lethargic waking up this morning although I did need to motivate myself to go through my morning routine. I’ve worked out twice, run 6km and played hockey once this week with another hockey game coming tonight. The physical exertion has not been easy but the feeling after a workout is like no other! I immediately felt better after the first workout on Tuesday even though I felt pretty terrible throughout. For those interested, it was just a simple plyometric circuit.

Overall, my mental clarity and focus has returned to normal and I’m feeling very good. My meals this week were very high in fat and very low carb to make sure I didn’t slip back into the negative loop I was in just a few days ago. I’m planning to stay far away from high carb food for a couple of weeks to give my body time to get back to a fat adapted state.

Advice From a Carb Lover

As the good people at Nike say, “Just Do It!” Well, maybe it’s not that simple. I don’t regret eating the chips that I did because I felt good. Yes, it’s a hedonistic point of view but I think we should all be allowed to falter every once in a while. Let me be very clear though, I’m talking about a quick weekend binge followed up by getting back to the keto lifestyle and the same pre-binge protocols I was following. I spent 3-4 days feeling off and in a pretty negative state of mind. I don’t wish that on anyone nor do I want to experience it myself. I did find myself wondering if that was an expression of the status quo I’d been so accustomed to prior to finding the keto lifestyle.

I will never tell anyone to avoid carbs at all costs all of the time. Carbs are attractive for a reason; sugar is addictive. I found myself craving chips after just a few bites. My advice is to control your intake if you’re going to binge and make sure you have a plan to get back on track. If and when the time comes where you’re going to a party or some other excuse to eat/drink (try to avoid drinking them!) carbs, then make sure you know how you’re going to give your body a break afterwards. My suggestion is to get back to an intermittent fasting protocol or to simply take a day off from eating and fast 24 hours. Make sure you’re hydrating throughout because you’re going to be dehydrated! It’s easy to forget that my body has done a great job healing itself over the last 18 months and it will recover from a weekend like the one I just experienced.

A carb-filled weekend will cause physical stress but it will also cause far more mental stress than I was prepared to endure. The complete mental shift I experienced was very difficult to navigate. My advice is pretty simple: Do not be too hard on yourself. You’re only human and you’re allowed to make mistakes. It’s how you come back from those mistakes and learn from them that counts. So go ahead and have carbs every once in a while but just be prepared for the negative feedback your body is going to provide. Carbs are hard to resist for a reason. Don’t be too hard on yourself because that will only help to exacerbate the situation. Work to get back to whatever protocol you were following before the binge and you’ll see that your body will respond positively. Our bodies are capable of incredible things so just give yours everything it needs to heal.

Published by The Everyday Guy

One thought on “The Post-Carb Struggle”